You are here: Home / Artists / John Bennett with David Hyams 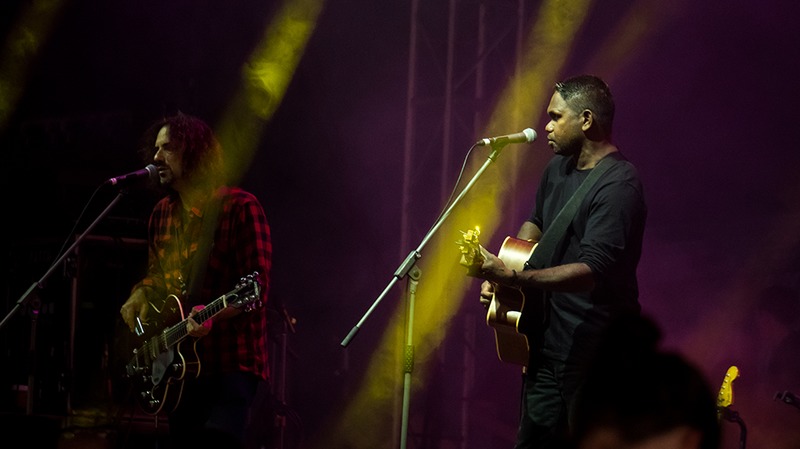 FROM Bidyadanga in WA’s Kimberley country John Bennett has emerged as a singer-songwriter with an astounding ability to transport listeners to his home country and transcend cultural barriers. His self titled debut album sung in English with references to his native language of Karijarri established him as the “Voice of the Kimberley” representing the remote lands of his people and his community. The album received 12 national award nominations including Indigenous Song of the Year & APRA Songwriter of the Year.
Nominations for ‘Male Artist of the Year ‘at the Deadly awards saw John listed with the likes of Gurrumul and Troy Cassar-Daley.

John met Fremantle multi-instrumentalist David Hyams in the studio while recording and the 2 have been performing togther ever since. David produced and features prominently on John’s recently released second album “Country is Calling” along with Lucky Oceans. The songs were recognized at the 2018 WAM ‘Song of the Year’ with the “Best regional” and Best Indigenous” awards and in 2019 at Boyup Brook Country Music Festival, where he took out both “Best Male Artist” and “Best Album”. John’s songs offer a unique insight into his world: a journey into the remote and beautiful North-West of Australia.