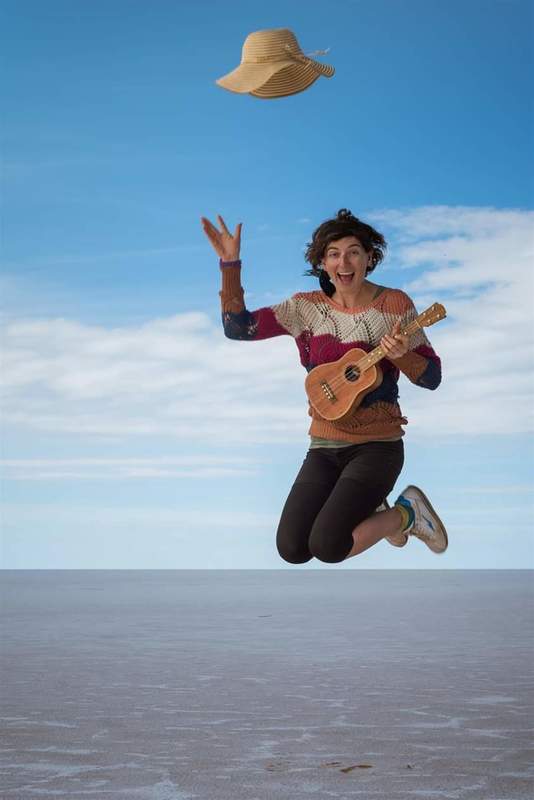 Perth
Aussie Folk
For all the times you feel like listening to the musical equivalent of a warm summers day on a picnic blanket… meet Ninth Time Lucky! It’s the ukulele side project for award winning Perth muso Minky G, and she’s been hiding all her sweet and pretty songs for this moment!
Lately, Minky G has been performing around the world on Viking Ocean Cruises, played on Triple J, jammed with Beyoncé’s band (and taken them surfing!), supported UK artist Passenger… as well as a cheeky gig at the Queens Jubilee Celebrations in England in 2012.
In between this, she helps out Western Australian Music as a judge with their annual Song Of The Year songwriting competition and lectures at the Western Australian Academy of Performing Arts in lyric writing.

“What a little ray of sunshine! Minky G is a songbird we love to hear.” – Guitar virtuoso Tommy Emmanuel, August 2018

“Minky G delivers brilliant songwriting and her bubbly and energetic guitar playing complements her. Fans of Frank Sinatra, Norah Jones and Jack Johnson should check her out.” – Fasterlouder.com