You are here: Home / Artists / The Witchy Djypsies 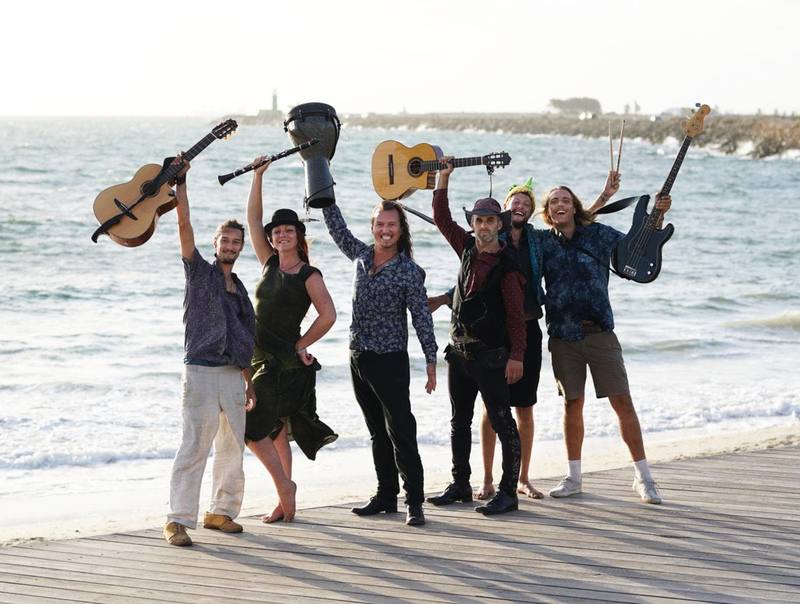 Fremantle
Dance band
Once upon a time, not so long ago, there was a gathering deep in the forests of Witchcliffe. A gathering of travelling gypsies from lands afar who brought with them a saxophone, a clarinet and a guitar. Together they formed a caravan and began to play sweet melodies for the soothing of souls before realising that they had created infectious dance floor magic.

They moved north towards the lands of Perth, unpacked their caravan in the coastal paradise of Fremantle and began attracting attention on the streets and beaches.

Now with a full seven piece lineup they have been putting the gypsy fire into dance floors everywhere. The caravan is hitting the road again in support of their debut album due for release in march 2020.