Our patrons are part of our mission and commitment in continuing to bring inspired music to Western Australia and we very much appreciate them giving of their time and expertise in supporting us in our endeavours. 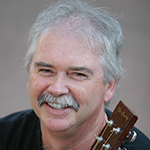 “It’s an honour to be a patron of this great festival. Fairbridge continues to attract quality acts from around the world and highlights all local established and up-and-coming acts, honouring the past musical traditions and reaching to the future to push the boundaries. It’s community building musical fun for young and old and has been a big part of my own musical journey”

Bernard Carney is an award winning songwriter, choir director, guitar teacher and Beatlemaniac. He has worked full time in music for the past forty-six years and he has nine successful recordings to his name. He founded and directs two community choirs, The Spirit of the Streets and the St John of God Community choir. He was Artist of the year at the Port Fairy festival in 2003 and also took out the songwriting award, was the face of the Perth Residential White pages in 2010, and was awarded an Order of Australia Medal in 2019 for services to music. He is extremely community music minded and   after twenty years still runs the weekly Tuesday Morning Show at the Perth Town Hall. 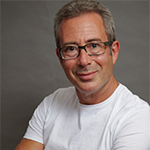 “I am delighted and proud to be a patron to the wonderful Fairbridge Festival. This festival is not only an important part of the West Australian arts and cultural scene but it’s also a cracking weekend away for young and old alike.

Music is always best when it’s live and Fairbridge Festival offers a huge variety of live music from home and abroad. I have attended the festival camping with my family and will certainly be back again. If you think you know what folk music is, you’re going to be surprised! I know I was.”

Ben Elton has without doubt established himself as one of the foremost figures in the generation of British comedy stars, which emerged in the 1980’s. He co-wrote the ground breaking smash hit BBC situation comedy The Young Ones which became a worldwide cult hit and won the 2004 best comedy BAFTA. Ben wrote for all the principle comedians of his generation with hit series such as Happy Families (1985) Filthy Rich & Catflap (1986) and The Thin Blue Line (1995/6) which won the 1995 British Comedy Award and both the public and professional Jury Awards at Reims.

Ben’s most recent film Three Summers was filmed and is set in Pinjarra, Western Australia, at a fictional summer music festival called ‘Westival’, based on the real-life Fairbridge Festival. 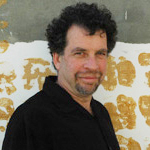 “Fairbridge Festival has presented a consistently superb, intimate and innovatively programmed yearly festival over 20 years. It serves a very important function in WA’s musical life, exposing young people to live music in an environment that they clamour to be in.

I firmly believe that musical culture thrives when young people are exposed to good live music in friendly natural environment, something that you don’t always get in a pub or a concert hall but you do get at Fairbridge. It’s great for the performers too, with the compact grounds and housing very conducive to jamming and discovering new musical partnerships. Thanks to all the hard working people who have made this happen, I am honoured to be associated with you and the festival.”

“Again it is an honour to be patron at Fairbridge. Instead of worrying about unwelcome gate-crashes in suburbia, we can rest easy and know our gates will be open to music lovers and the ever-growing respectful Fairbridge family!

After a brief tour early this year with some Canadian acts, it didn’t take them long to say, “Oh you’re from where they have that Fairbridge Festival, that was our favourite on the whole tour! We wish we had that in our home city!”

Well we do. The premier catalyst for inspiration, motivation and collaboration for a range of people.

As a product of Fairbridge’s charter, I hope I can contribute to such things for future local artists.”

Andrew is an experienced performer, multi-award winning songwriter and lap-slide guitar specialist based in Perth, Western Australia. He is known for his innovative blend of musical styles, unique collaborative instrument designs, on-stage warmth and humour, and stellar musicianship.

Andrew has released four studio albums, a live album and two concert/instructional lap slide guitar DVDs and has toured extensively in Australia and overseas. In 2012, Andrew was named the APRA/ASA Australian Songwriter of the Year by the Australian Songwriter’s Association, and his music has featured on numerous television and radio programs, films, and been recorded by other artists including luminaries such as John Mayall (UK).

Andrew has been heavily involved with promoting songwriting, running well-received workshops all around Australia. He has also been engaged with young people as a workshop facilitator, music teacher, and mentor and is passionate about the importance of the arts in young (and not so young!) people’s lives.

Fairbridge Festival has been an amazing source of inspiration, encouragement, and fun, and as a festival holds a special place in Andrew’s musical journey. He is thrilled to be a patron of this outstanding artistic event.